The Bible tells us that because of man’s exceeding wickedness, God judged humanity with a flood that covered “all the high hills under the whole heaven” (Genesis 7:19) and caused all air-breathing life, with the exception of Noah’s family and the animals aboard the ark, to perish. This was a cataclysmic flood that devastated the planet. If this event happened as Moses said and as Jesus and Peter affirmed (Matthew 24:39; 2 Peter 3:6), surely there should be some evidence for it. Is there? Yes.

“Evidence for the Flood: Fossil Graveyards and Extrabiblical Accounts” (or in Spanish) by Charlie Campbell

“Answers to Questions about the Flood” by Don Batten, Jonathan Sarfati, Ken Ham, and Carl Wieland

“Traditions of a Global Flood” by John Morris, Ph.D.

“Why Christians Should Believe in a Global Flood” by Henry Morris, Ph.D.

“The World’s A Graveyard” by Andrew Snelling, Ph.D.

“Are Fossils the Result of Noah’s Flood?” by John Morris, Ph.D.

“Fossils are Found at All Levels” by ICR

“Chinese Dinosaurs Were Fossilized by Flood” by Brian Thomas, Ph.D.

Did Moses Borrow the Flood Story From a Babylonian Flood Story? by Nozomi Osanai

“How Can the Chinese Dynasties Extend Back Many Thousands of Years (Before the Flood)?” by John Morris, Ph.D.

“How Could Noah Have Built the Ark by Himself?” by John Morris, Ph. D.

“Could Noah’s Ark Hold all the Animals?” by Christian Apologetics Research Ministry

RECOMMENDED VIDEOS AND BOOKS IN OUR ONLINE STORE: 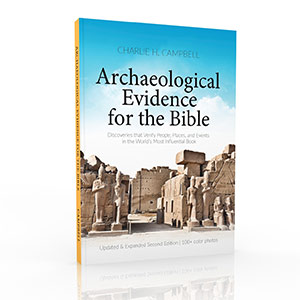