God has revealed Himself to humanity in a variety of ways. Here, in a concise manner, are four of the main ways:

Creation itself, the things God made, bear testimony to the fact that there is a Creator. David and Paul both mentioned this in the Bible:

Psalm 19:1-4
“The heavens tell of the glory of God. The skies display His marvelous craftsmanship. Day after day they continue to speak; night after night they make Him known. They speak without a sound or a word; their voice is silent in the skies; yet their message has gone out to all the earth, and their words to all the world…”

Romans 1:20
“For since the creation of the world His invisible attributes, His eternal power and divine nature, have been clearly seen, being understood through what has been made, so that they are without excuse.”

Have you ever stopped to think about this? Paul said God’s invisible attributes and divine nature “have been clearly seen.” The Bible says that humans, by simply contemplating creation itself, can come to an understanding of certain aspects of God’s personality or attributes.

What might humans discern about God by considering creation? I think it’s reasonable to conclude that God must be…

When one considers the vast oceans (seven miles deep!), majestic mountain peaks that touch the clouds, the enormity of our planet, trillions of gigantic stars, billions of galaxies, etc., it’s easy to discern that God must be incredibly powerful to have brought all these things into being.

When one examines the intricate design and harmony all around us, or the irreducibly complex interior of a cell, or the code embedded in DNA, it is easy to conclude that God must be incredibly intelligent.

John Lennox, professor at Oxford University, said, “We have only to see a few letters of the alphabet spelling our name in the sand to recognize at once the work of an intelligent agent. How much more likely, then is the existence of an intelligent Creator behind human DNA, the colossal biological database that contains no fewer than 3.5 billion “letters” – the longest “word” yet discovered?” [John Lennox, God and Stephen Hawking: Whose Design Is It Anyway?, 75.]

Frank Turek, poses a thought-provoking question, “There’s more code and sophisticated nanomachinery in just one of your forty trillion cells than in your smartphone and probably every other gadget you own. If the code and nanomachinery in your smartphone requires intelligence, wouldn’t the far superior technology inside of you also require intelligence?” [Frank Turek, Stealing from God, 155]

Think of the millions of kinds of animals, and reptiles, bugs, fish. There are at least 10 million species of insects (The U.S. Natural Museum). 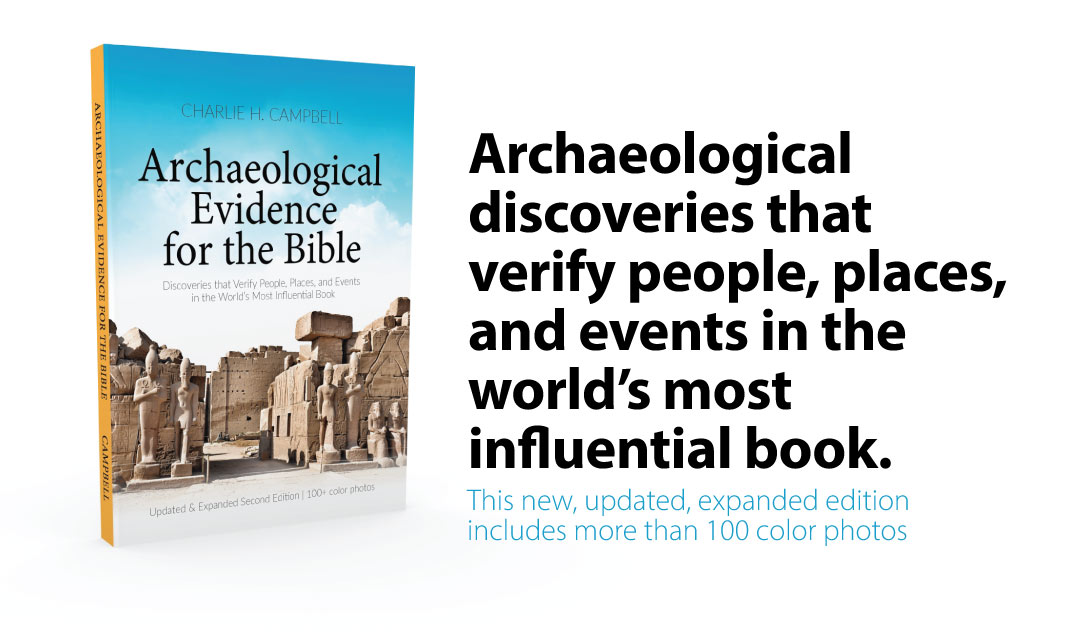 Psalm 94:8-9
“Understand, you senseless among the people; and you fools, when will you be wise? He who planted [created] the ear, shall He not hear? He who formed the eye, shall He not see?”

In Acts 14:17, Paul said that God “did not leave Himself without witness, in that He did good and gave you rains from heaven and fruitful seasons, satisfying your hearts with food and gladness.”

A mean god who hated humanity would never have created us with the capacity to enjoy pleasure, to laugh, to enjoy music, to be thrilled with beautiful scenery, to enjoy a back scratch, a hot shower, to enjoy delicious mango or a slice of watermelon. The world is brimming with things that bring mankind happiness and pleasure. These things testify to the fact that God is kind and gracious.

A skeptic might object, and say, “What about all the starving people in the world!?”

Well, our hearts go out to those people for sure. And we need to look for ways to help them. But the lack of food is not due to an unloving God having created a faulty planet or ecosystem that doesn’t produce enough food to meet human need. The lack of food is often because of wars and governments (or rebel forces) not permitting food, aid, and supplies to reach the people.

Man’s conscience convicts (or condemns) him when he does something wrong (unless his conscience has been “seared” (1 Timothy 4:2) through repeated evil acts). And the Holy Spirit convicts a person of sin as well (John 16:8).

So, a person’s conscience and the work of the Spirit inform us that God must be righteous. We can reasonably conclude that there are certain behaviors and activities, that are displeasing to Him (lying, stealing, murder, etc.). 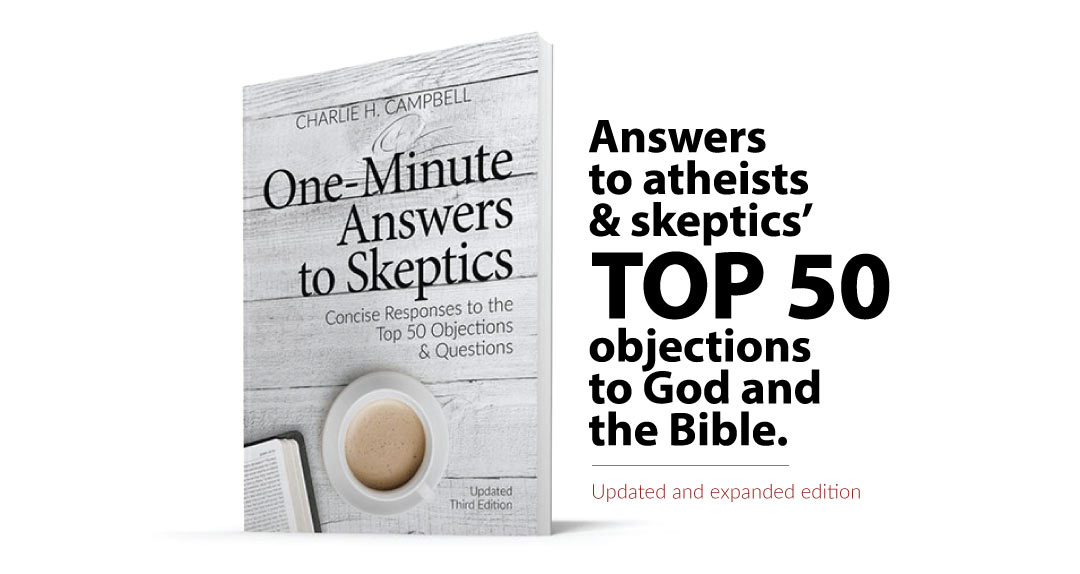 Secondly, God has revealed Himself, to some degree, through and in man’s:

Romans 2:15
“…show the work of the Law written in their hearts, their conscience bearing witness…”

God has inscribed evidence of His existence and His moral laws on the heart (or conscience) of every person. When a person does something sinful, his conscience accuses him, it convicts him. That’s by God’s design. The conscience is there to lead a person to seek out God, the Lawgiver, and ask for His mercy.

So, every person can know through an examination of creation and their conscience that God exists and that he has failed to live up to God’s laws written in their hearts. If a person will respond to the truth that God has revealed to him through creation or the convicting work of his conscience, God will give him additional light about Himself. If a person who has never heard of Jesus, truly wants to know God, the Lord will let Himself be found. Why do I believe that? Because God said that is the case. Where?

Jeremiah 29:13
“…you will seek Me and find Me, when you search for Me with all your heart.”

One of the reasons many people are not finding God today is because they do not want to find Him! They enjoy living in darkness (John 3:19) and they realize that having a relationship with God will require they turn their backs on sins that they find too enticing. But, if they are willing to seek after God, they will find Him.

Hebrews 11:6 says God…
“is a rewarder of those who diligently seek Him.”

There are lots of ways God can get the truth about Jesus to a seeker. God might send them a missionary, a radio signal, a social media post, a gospel tract, an angel, a dream, or a vision. He might put a coworker, friend, or family member in their life who will send them a link to an article so that they might come to learn more about Jesus. Maybe that’s why you’re reading this article right now. Someone sent you a link. God is drawing you to Himself! He loves you and wants to have a relationship with you!

God has also revealed Himself to man through…

Hebrews 1:1-2
“God, who at various times and in various ways spoke in time past to the fathers by the prophets, has in these last days spoken to us by [What?] His Son, whom He has appointed heir of all things, through whom also He made the worlds…”

And there is a wealth of evidence for Jesus’ life, death, and resurrection. 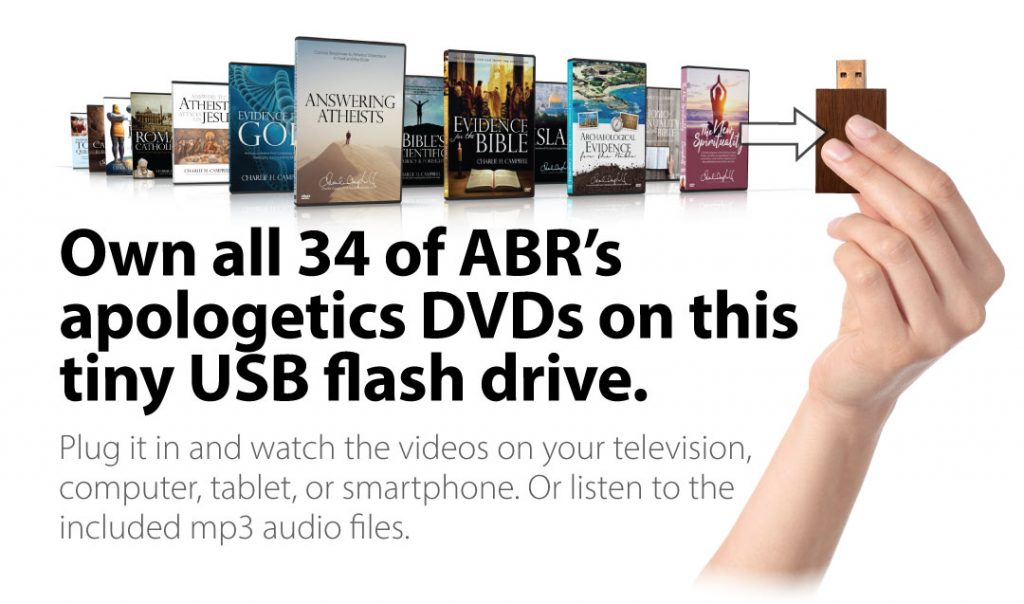 Fourthly, God has also revealed Himself to mankind through…

4. THE CANON OF SCRIPTURE

The word canon means “standard.” By canon then I’m referring to the standard collection of 66 books that make up the Bible. The Scriptures reveal to us that God exists, what He is like, what His will is for us.

John said, “But these are written that you may believe that Jesus is the Christ, the Son of God, and that believing you may have life in His name” (John 20:31).

•  Hundreds of fulfilled prophecies
•  The Bible’s amazing internal unity
•  The Bible’s amazing scientific accuracy and foresight
•  Thousands of archaeological discoveries
•  Numerous details that have been corroborated by extrabiblical historical sources
•  And so on (click here for more on these evidences).

Do you know your Creator, the God spoken about in the Bible? You can! And you can be sure your sins have been forgiven and that you’ll go to Heaven when you die. Click here to learn more about that.

•  The Bible’s Scientific Accuracy and Foresight
•  Archaeological Evidence for the Bible
•  One Minute Answers to Skeptics
•  Scrolls & Stones: Compelling Evidence the Bible Can Be Trusted
•  Evidence for God
•  The Case for Christianity
•  Answering Atheists
•  The Case for the Resurrection
•  If God is Loving, Why is there Evil and Suffering?
•  Homosexuality and the Bible: Answering Objections to the Biblical View
•  Teaching and Preaching God’s Word
•  Apologetics Quotes