Disclaimer: When ABR provides a link to a particular article by another ministry, we are not implying that we agree with everything you’ll find on that ministry’s website. We are only saying that the individual article we suggest is a helpful viewpoint regarding an issue we are getting questions about. Thanks for understanding. Stay in the Word. And be a Berean (Acts 17:11).

“Will Unbelievers Be Annihilated?” by Randy Alcorn

“Is Annihilationism Biblical?” by Michael Houdmann

“Is Annihilationism True?” by Matthew Slick

ANSWERS TO CRITICS’ QUESTIONS ABOUT AMPUTEES:

“Why Does God Hate Amputees?” (He doesn’t!) by Rich Deem

“Arnold Murray and the Shepard’s Chapel” by B.J. Oropreza (CRI)

“Who is Arnold Murray?” by Matthew Slick

“Are the teachings of Arnold Murray and Shepherd’s Chapel biblical?”

“The Gospel Message—Written in the Stars?” by Danny Faulkner

“Is the Gospel Spelled Out in the Stars?” Donald DeYoung

“Evidence for God” by Charlie Campbell

“Can Atheists Justify Being Good Without God?” by Norman Geisler

“Is Yahweh a Moral Monster? The New Atheists and Old Testament Ethics” by Paul Copan 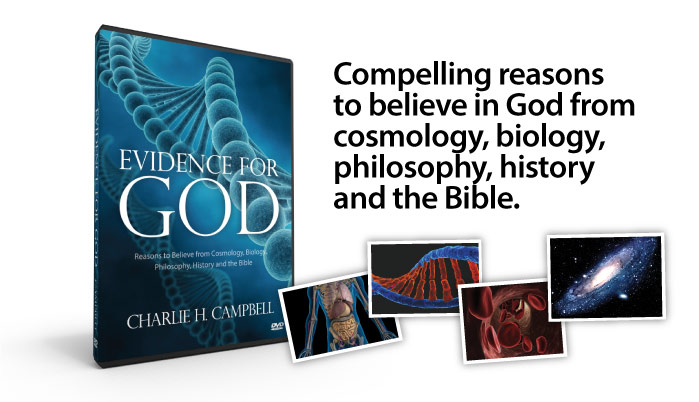 “Is Baptism Necessary for Salvation?” by Hank Hanegraaff

“Does Acts 2:38 Teach that Baptism is Necessary for Salvation?”

“Which Bible Translation is Best?”

“Why So Many Bible Versions?” by Daniel Wallace

“Blood Moon Tetrad: A Sign of the End?” by David James

“Is the Pope Right About the Death Penalty?” by Russell Moore

A variety of articles and resources on this topic.

“Who are the Christadelphians?” by John Ankerberg and John Weldon

“Talking with Christadelphians” by John Ankerberg and John Weldon

“A Review of the DVD: The Star of Bethlehem” and more here.

“Should Christians Celebrate Christmas?” by the Christian Research Institute

“Is Christmas related to Saturnalia?” by Got Questions?

“Is Christmas Pagan?” by Elliot Miller

“The Case for Christmas” (book) by Lee Strobel 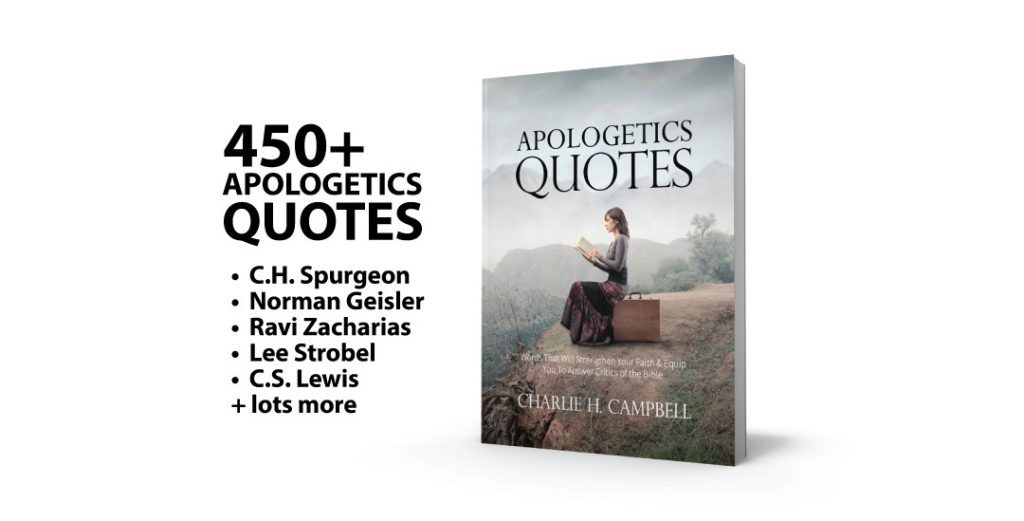 THE INTERNATIONAL CHURCH OF CHRIST

“Human Cloning: Is it Ethical?” by Hank Hanegraaff

“Is Cloning Acceptable?” by Matt Slick

“A Course in Miracles: A Biblical Assessment” by Russ Wise

“A Course in Miracles: A Biblical Response to the Course” by Rick Branch

“Is Cremation Christian?” by Norman Geisler and Douglas Potter

“What does the Bible say about breaking generational curses?” by GotQuestions.org

“An Assessment of New Age Spirituality” by Charlie Campbell

Review of The Seven Spiritual Laws of Success: A Practical Guide to the Fulfillment of Your Dreams by Douglas Groothuis

“What is Dominion Theology? Is It Biblical?” by Thomas Ice

“To Drink or Not to Drink?—A Sober Look at the Question” by Norman Geisler

“The Enneagram GPS: Gnostic Path to Self” by Marcia Montenegro

“Tell Me Who I Am O Enneagram” by Mitchell Pacwa

“The Bible, Creation and Ecology” by Henry Morris

“The Least of These: Caring the Environment of God’s Earth” by Randy Alcorn

How Should Christians Think About Global Warming? by CRI

“Dying with Dignity: What Should We Think About Euthanasia?” by David Schrock

“End of Life Ethics: A Primer”  by Melinda Penner

Here are three easy to remember talking points you can bring up when discussing this with people who believe the Earth is flat:

•  SHADOWS: The Earth’s roundness can be seen as a shadow on the moon during a lunar eclipse.
•  SPACECRAFT: We’ve all seen photos of a spherical Earth taken by spacecraft circling the earth.
•  SHIPS: Even people in ancient times saw ships disappear over the horizon, and knew (centuries before Columbus) that the Earth was round.

For more help, read these articles:

“Does the Bible Teach that the Earth is Flat?” by Danny Faulkner (Answers in Genesis)

“Does the Bible Teach that the Earth is Flat?” by Got Questions

“They Think the Earth is Flat?” by Answers in Genesis

“A Flat Earth, and Other Nonsense” by Robert Carter and Jonathan Sarfati

Gnostics historically held four basic ideas, according N.T. Wright: “a wicked world; a wicked god who made it; salvation consisting of rescue from it; and rescue coming through the imparting of secret knowledge, especially knowledge that one has the divine spark within one’s own self.” Lee Strobel adds, “Even a cursory reading of the biblical gospels shows these ideas are alien to Jesus’ teachings. For example, in them he explains that God is good (Luke 18:19), that he wants us to be an influence in the world—not to be plucked out of it (John 17:15), and that salvation comes not from secret knowledge but from knowing the true God (John 17:3). (Source)

For more help assessing Gnosticism, see our link Lost “Gospels” in our main menu to the left.

“A Review of The Harbinger by Jonathan Cahn” by Larry DeBruyn

“Are There Any Good Reasons to Believe in Heaven (Even Without the Evidence from Scripture)?” by J. Warner Wallace

“What is the Illuminati Conspiracy?” by Michael Houdmann

John MacArthur Speaks about Joel Osteen, The Shack, and The Secret (Video)

“Osteenification and What It Portends” by Hank Hanegraaff

“Kabbalah: Getting Back to the Garden” by Marcia Montenegro

“What Does the Bible Teach about the Cannabis Plant?” by H. Wayne House

“The Worldviews of Destruction in the 20th Century: Nazism, Fascism, Marxism/Leninism, Secular Humanism” by David Noebel

“What is the New Apostolic Reformation?”

“How Nuts is the New Apostolic Reformation?” by Todd Friel

“A New Apostolic Reformation?: A Biblical Response to a Worldwide Movement” (Book) by Doug Geivett

“Oneness Pentecostal” What Do They Believe? by Matthew Slick

“Neotheism: Orthodox or Unorthodox? A Theological Response to Greg Boyd” by Norman Geisler

“If God Knows My Decisions, How Do I Have Free Will?” by William Lane Craig (Video)

“The Battle for God: Responding to the Challenge of Neotheism” by Norman Geisler and H. Wayne House (Book) 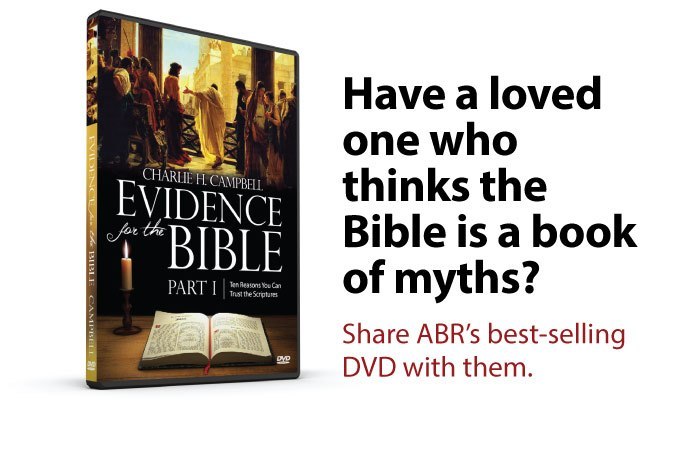 “What Evangelicals Should Know About Eastern Orthodoxy” by Paul Negrut

“Eastern Orthodoxy” by Edward Verstraete (from The Popular Encyclopedia of Apologetics). Click on p. 184 and scroll down.

“How Can I Have My Prayers Answered by God?

“What did Jesus mean when He said “Ask and you shall receive”?”

“Why isn’t God answering my prayers even though I live for Him?”

“The Psychologizing of the Faith” by Bob Hoekstra

“The Spirit in Counseling” by John MacArthur

“They Psychology Epidemic and Its Cure” by John MacArthur

“A Response to Rachel Held Evan’s Book: A Year of Biblical Womanhood“
by Denny Burk

“Review of A Year of Biblical Womanhood“ by Mary Kassian

“Response to A Year of Biblical Womanhood“ by Kathy Keller

“Why Millennials Are Leaving the Church: A Response to Rachel Held Evans” by Trevin Wax

“Rastafari: Its Beliefs and History” by the BBC (a good overview by a non Christian news org.)

A variety of articles and resources on this topic.

“Healing With the Force” by Marcia Montenegro

“Is Reincarnation Compatible with the Bible?” by Charlie Campbell

“What is Renovare / the Renovare Bible?”

“What is Replacement Theology? Is it Biblical?” by Thomas Ice

“An Analysis of Neo-Replacement Theology” by Michael Vlach

“We Have Seen All This Before: Rob Bell and the (Re)Emergence of Liberal Theology” by Albert Mohler

“Hell Under Fire: Answers to Skeptics’ Top Ten Questions About Hell” by Charlie Campbell (this is not a review of Bell’s book, but answers many of the same concerns and questions that he brings up in his book Love Wins)

“The Emergent Church: A Dangerous Counterfeit” by Greg Laurie

The Emergent Church: Emergence or Emergency? by Norman Geisler 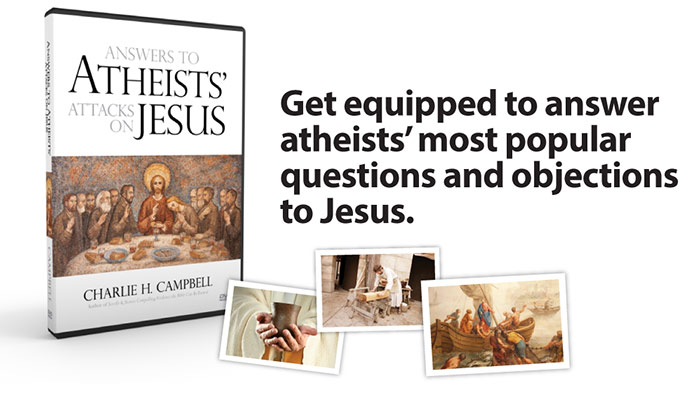 SABBATH, ARE CHRISTIANS REQUIRED TO KEEP?:

“Should We Keep the Sabbath?” by James Borland, for the Christian Research Institute

“Does God Require Sabbath-Keeping of Christians?”

“Are Christians Required to Observe the Seventh-Day Sabbath?” (VIDEO) by Michael Brown

“Santeria: A Religion of Divination, Magic and Animal Sacrifice” by Donald T. Moore

“Self Realization Fellowship” by John Weldon

“Swami Yogananda and the Self-Realization Fellowship” by Elliot Miller

SLAVERY IN THE BIBLE:

“What about the Bible and Slavery?” by John Weldon

“Why is Slavery Permitted in the Bible?” by Matthew Slick

“Does the Bible Condone Slavery?” by GotQuestions.org

“A Slave is Property?” by Matthew Slick

“Five Reasons Socialism is Not Christian” by Julie Roys

“How Should a Christian View Socialism?” by GotQuestions.org

“Why is socialism still so seductive to Americans?” by Cal Thomas

“Socialism, Capitalism, and the Bible” by Ronald Nash

An Assessment of the Spiritual Formation Movement by Gary Gilley 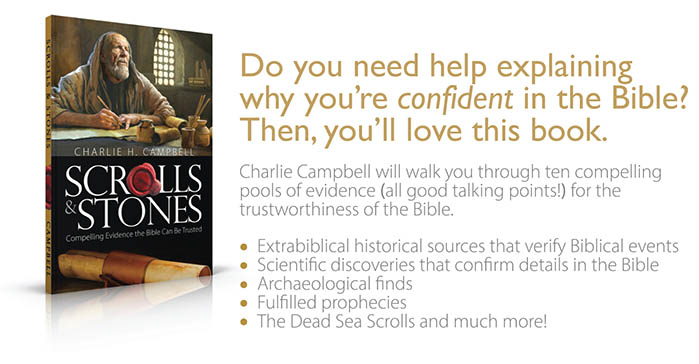 “How is Christ Superior to Lao Tse (Taoism)?” by Norman Geisler

“Thinking Clearly About God and Evolution” by Jay W. Richards

“The Serious Consequences of Theistic Evolution” by Dave Hunt 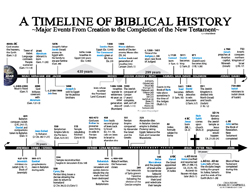 “Is it a Sin to Have Sex-Change Surgery?” by Michael Brown

“Memo to the Washington Post: The Bible Does Reject Transgender Behavior” by Robert Gagnon

THE TRINITY: IS IT REVEALED IN SCRIPTURE? YES!

The Trinity: A Case Study in Implicit Truth by Ron Rhodes

“The Three Gods Lie: How The Watchtower Misrepresents the Doctrine of the Trinity” by Robert Bowman

Charlie Campbell lists twenty five of his favorite truths in the Bible. As you meditate on these truths and the Scriptures from which they are derived, you will be greatly encouraged! Click here to open (PDF, two pages). 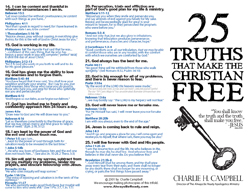 “Concise Overview of The Twelve Tribes”

“The Cult Next Door: Teen Shares Chilling Tale of Alleged Abuse Inside the Twelve Tribes Sect”
by The Boston Herald

“Cult Leader Travels the World in Style” by The Boston Herald

Article on The Twelve Tribes in The Boston Globe

Article on The Twelve Tribes in San Diego Union Tribune

Unitarian Universalists—A brief history, their beliefs, and a Biblical response by NAMB

“What is Unitarianism?” by Matt Slick

“Seven Things You Should Know About UFOS” by Bobby Brewer

“If Aliens Were Proved to Exist, How Would that Discovery Impact the Christian Faith?” by Got Questions

“UFOs, ET, and the New Age” by Doug Potter

“An Assessment of the United Church of God” by Matt Slick

“The Crusades: Were they Justified?” by Norman Geisler

“Is War Ever Justified?” by Al Mohler

WOMEN, THE BIBLE’S TEACHING ON:

“Christianity: The Best Thing That Ever Happened to Women” by Sue Bohlin

“Isn’t the Bible Sexist?” by RZIM

“Is the Bible Sexist Against Women?” by Lenny Esposito

“Was Early Christianity Hostile to Women?” by Michael Kruger

“Are Women Called to Pastor?” (VIDEO) by Michael Brown

“Should Women Be Pastors and Elders?” by Matt Slick

“What Does it Mean for a Wife to Submit to Her Husband?” by Shelley Poston

“What is the World Mission Society Church of God, and what do they believe?”

“Do Yoga Exercises Work With Christianity?” by Elliot Miller

“Yoga for Kids: Yoga in Schools” by Elliot Miller

“Yoga Meditation in the Classroom: A Christian Response” by Elliot Miller

“A Response to Zealot by Reza Aslan” by Gary T. Manning

“Scholars Respond to Reza Aslan’s Zealot: The Life and Times of Jesus of Nazareth“ in The Christian Post

“What Is The Original Hebrew Name For Jesus? And Is It True That The Name Jesus Is Really A Pagan Corruption Of The Name Zeus?” by Michael Brown