•  We believe the sixty-six books of the Old and New Testament Scripture alone to be verbally inspired by God and inerrant in the original text, and that they alone are of supreme and final authority in faith and life.

•  We believe in one God who is Creator of heaven and earth, who is infinite Spirit, light, love, and truth; eternal, almighty, infallible in all things, including His foreknowledge of all future events as well as all free choices; that He is unchangeable, all wise, just, and holy; and that the triune God eternally exists in one essence and three Persons: Father, Son, and Holy Spirit.

•  We believe in the special creation of the entire space-time universe and of every basic form of life in the six days recorded in the Genesis creation record. We also believe in the historicity of the Biblical record, including the special creation of Adam and Eve as the literal progenitors of all people, the literal fall and resultant divine curse on the creation, the worldwide flood, and the origin of nations and diverse languages at the tower of Babel.

•  We believe in Jesus Christ, the Second Person of the Trinity, the Eternal Word manifested in the flesh. We believe that He was conceived by the Holy Spirit, born of the virgin Mary, and that He is true God and true man, having two distinct natures co-joined in one Person.

•  We believe Jesus Christ died as a representative and substitutionary sacrifice for the sins of every human being and thus offers salvation as a free gift based on grace alone.

•  We believe Jesus Christ rose from the dead in the same physical body, though glorified, in which He had lived and died, and that His resurrection body is the pattern of that body which will be given to all believers at the return of Christ.

•  We believe Jesus Christ ascended into Heaven in the same glorified physical body in which He arose, was seated at His Father’s right hand, assuring us of the perfection of His work of redemption, and that He now, as Head over all things to the Church, is engaged on behalf of the saved as their only Advocate.

•  We believe in the personal, imminent, and premillennial return of the Lord Jesus Christ for His redeemed ones followed by His 1,000 year reign on Earth.

•  We believe that man was originally created in the image and likeness of God, and that he fell through sin; and that as a consequence of his sin, he became dead in trespasses and sins, and that he became subject to the power of the devil. We also believe that this spiritual death, or depravity of human nature, has been transmitted to the entire human race, the Man Christ Jesus alone being excepted; and hence that every child of Adam is born into the world with a corrupt, sinful nature.

•  We believe that only those who receive the Jesus Christ as Savior on the condition of faith alone, apart from all good works, are thereby born again of the Holy Spirit, are justified once and for all, and have become children of God.

•  We believe the Holy Spirit is the third person of the Godhead who seals, indwells, sanctifies, baptizes, teaches, empowers, reveals, and guides believers into all truth. The Holy Spirit gives gifts to believers which ought to be exercised within scriptural guidelines, in love, that the body of Christ might be edified.

•  We believe Jesus Christ instituted only two ordinances: water baptism and the Lord’s Supper, to be observed until He comes. We believe that water baptism is not necessary for salvation but that it is an outward symbol of salvation and a sign of our obedience to Him.

•  We believe the universal Church of Jesus Christ is composed of those who have been redeemed and washed in His blood, regenerated and sealed by the Holy Spirit, and that they are saved to worship and to serve; that it is the responsibility and privilege of all who are saved to seek to win others to Christ, to the “uttermost part of the earth”; that they should seek to live a holy life, to separate themselves from and forsake all that might dishonor God, cast discredit on His cause, or weaken their testimony.

•  We believe that there is a personal devil, a being of great cunning and power, who is “the prince and the power of the air,” “the prince of this world,” and “the god of this age.” We believe that he can exert vast power but only as far as God permits him to do so; that he shall ultimately be cast into the lake of fire and brimstone and shall be tormented day and night forever.

•  We believe in the sanctity of human life from the moment of conception to the time of death. All human life is precious in the sight of God.

•  We believe that marriage and family are institutions ordained by God Himself from the very beginning of human history and these are sacred institutions. Marriage is between one biological man and one biological woman. Any other definition of marriage is contrary to the clear teachings of the Holy Bible and hence against the expressed will of God. 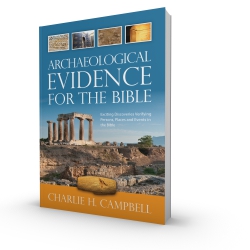